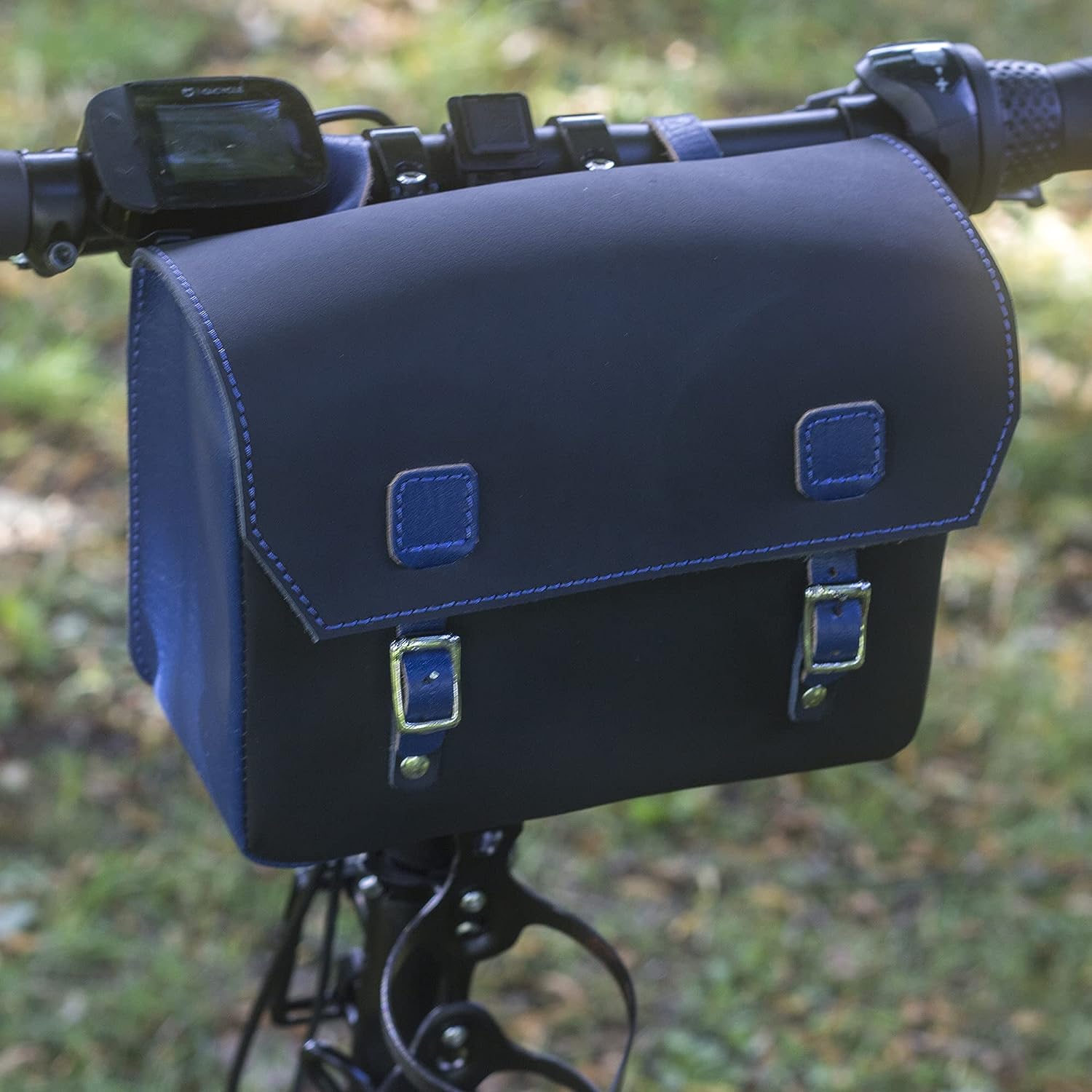 Style: Retro / Vintage
Material: 100% Genuine cow leather
Compatibility: any types of classic and modern saddles (the bag could be attached to saddle rail, springs or through saddle loops), handlebars

Could be used as a pannier, frame bag or eBike battery bag (if the dimensions fit your compact battery).

The impressive size of the bag allows you to keep all the necessary things: tools, compact pump, raincoat, 500 ml bottle or 350 ml thermos.

All the saddlebags are handmade and stitched. They can be used as a saddle or handlebar tool bag for your modern or traditional bicycle or to add that little extra something to a bike. Each tool bag is individual and although new and never used, they may have some marks as would be expected for a handmade item. They are all made of strong long-lasting cow leather and would compliment a traditional leather saddle.